In my first DRAFT article, I took a look at what worked in best-ball drafts during the 2018 season.

The piece was aimed at providing a high-level overview of the trends and players that allowed fantasy managers to profit in 2018. But we’re now in the last few weeks of drafting for the 2019 season. Player situations may have changed, but our strategies don’t have to change with them. Using the win rates per round for each position, we’ll apply the same strategies from 2018 while using 2019 ADP. In doing so, we can narrow our list of players to target during the draft. Personal preference, preseason news, and injuries will shift some of these, but this exercise can be redone to adjust to the latest news and ensure an optimal approach is being used. 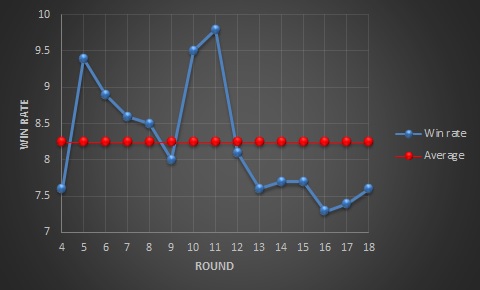 That left the late-round dart throws and three-quarterback builds holding the bag with below average win rates. Despite their high prevalence (used in ~34% of drafts of the Top-8 builds) and win rate (ranked 1st, 4th, 7th, and 8th), they were buoyed by elite performances. Pat Mahomes alone accounted for nearly 24% of 3QB builds. His 21.3% win rate dragged most rosters to the top overstating the effectiveness of the strategy. Intuitively, this should make sense. Unless an injury occurs, projections and rankings provide a logical starting point with tiers setting the range of outcomes. These tools can be used as a general guide for drafting a critical component to your team.

Based on DRAFT ADP, early-round quarterbacks include:


Mahomes is the true risk-reward option in 2019. His ADP requires another highlight-filled season, but the offense has all the tools to repeat what they accomplished in 2018. We look for traits to identify possible overvalued quarterbacks that can slim down the list. Rodgers, Mayfield, and Ryan are working with new coaching staffs, while Watson has the continuity along with the traits of a quarterback that can sustain top-tier production.

Mid to late round options are still promising in 2019:


There’s a scenario where Seattle’s weakened defense forces Wilson to outpace his passing projections in 2019. However, Dak Prescott and Lamar Jackson headline the value options in this area of the draft. Both guys currently come at low-risk costs and have both passing and rushing upside. 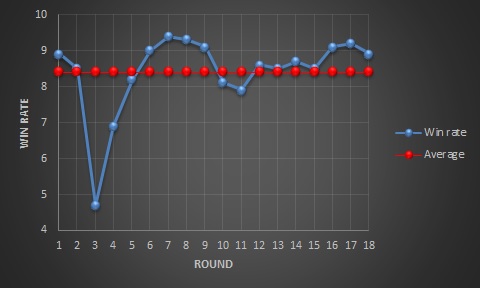 You can guess some of the names that fell into the dead zone after the second round. Alex Collins, Royce Freeman, and Rashaad Penny were all considered in this range using similar narratives. Perceived volume and rookie draft capital gradually elevated mid-tier talent to the early rounds making their draft cost untenable. It’s created a void in the middle rounds of 2019 with pass catchers offsetting the desire to drag a running back unnecessarily into the middle rounds.

Meanwhile, the late rounds produced profitable talent. It encapsulates the idea of best-ball drafts. We can’t predict injuries, trades/personnel changes, or players underperforming. A long view of the season must be taken to protect ourselves (from ourselves). In doing so, we can effectively ride the wave that is the NFL season.

The top tier has had a shakeup with holdout news, middle-round ADP is starting to shift with preseason buzz and late-round options require a walk down Narrative Street.


Darwin Thompson is already pressing the projected starters for playing time and is the cheapest piece on the Chiefs’ offense. The offensive situation is already in place and he’s the likely beneficiary to any shift in touches. Thought processes like this should be applied to roster construction when entering the final rounds of drafts. 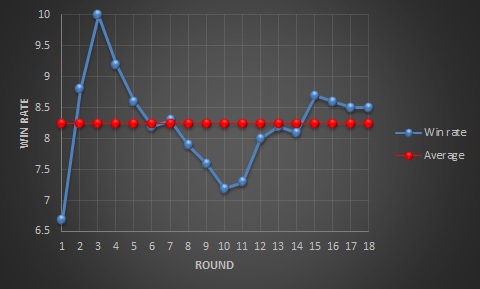 Everyone was worried about which running backs to draft while wide receivers quietly stole the show. This tracks after looking at the win rates for running backs. Where one profits, the other falters. Only in the late rounds do both become profitable at the same time. This speaks to the previously discussed shifts in volume. Injuries and trades affect all positions making it equally likely that a late-round running back can produce along with a late-round wide receiver. The primary difference comes in the nuances at the positions.

Top receiving options have both the talent and the rapport with their quarterback to support their ADP. Drafting player archetypes comes down to personal preference and roster construction. Pairing Mike Evans with Larry Fitzgerald (as a basic example) gives a ceiling and a floor week to week. However, it also speaks to their unique skillsets that we buy into year after year. Mixing those talents in along with shares of younger talent with a path to targets emphasized the optimal strategy for the position.

Seek good offenses with good players. The early-middle rounds are filled with players who have both, but we’re also looking for volume and upside. The Panthers receivers have been on display seemingly every day in practice causing a debate between the two and their 2019 value. Meanwhile, Valdes-Scantling was a part of the first-team offense yet again.


Rashard Higgins has taken over for Antonio Callaway as the third receiver while Callaway waits to start his four-game suspension. The deep threat has connected with Mayfield for long gains. Jalen Hurd’s preseason performance becomes a situation to monitor as the 49ers continue to mold their receiving corps ahead of 2019. He currently sits behind Marquise Goodwin, Dante Pettis, and Deebo Samuel, but the Tennessee prospect should now be on everyone’s radar as a late-round target who can quickly takeover targets should an injury or volume shift occur.

*8/24 Update: Josh Gordon's reinstatement has now moved him fro ~WR65 to ~WR35. Most platforms have adjusted, but you may be able to dig through the player pool and grab him later than his current ADP. 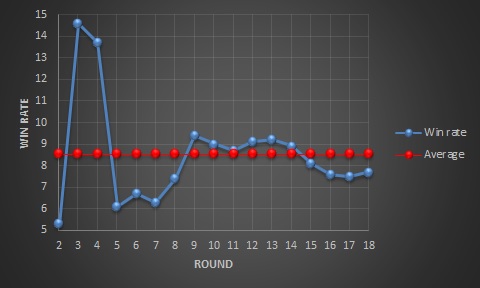 Take one early or just wait. Injuries to Greg Olsen and Delanie Walker along with an underperforming Jimmy Graham cratered the tight-end middle class in 2018. Late-round options once again became the savior, but inconsistent usage and reliance on touchdowns became a hallmark of the position. We’re seeing the beginnings of a new-age of tight ends with the influx of size-speed, but the 9.4% drop in targets across the position is concerning. However, with the league continuing to employ more passing concepts there’s a level of optimism to drafting tight ends in 2019.


The early-round options deviate from the 2018 trends since the players drafted there were affected by an injury. This skews the results in favor of waiting. However, both Henry and Howard are projected to have over 130 fantasy points in 2019. These are WR2 numbers at a position that has a clear and quick decline in talent.

Players with paths to significant target shares line the later rounds. Chris Herndon still has a four-game suspension but had the fourth-largest target share in 2018 and he missed two games. Noah Fant has been peppered with targets throughout the preseason with a path to volume with Joe Flacco at the helm. All three are ideal targets given their cost and potential target share within their offenses.

*8/26 Update: Reed has now suffered his 7th concussion, but is still on track to play in Week 1. Despite the talent, the risk of another concussion or retirement is now in play.

Best Ball
What Worked in DRAFT Best-Ball Leagues for 2018

Best Ball
A Look at Best-Ball Tandem Backfields for 2019