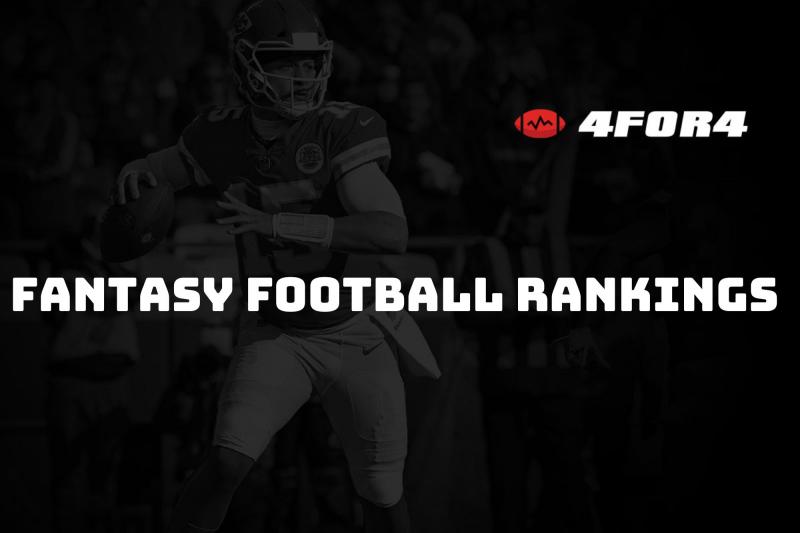 Why you can trust our Fantasy Football Rankings

Our 2022 Fantasy Football rankings are the best in the business. We offer stat projections, rankings for each scoring fantasy format, and the latest ADP changes.

Using our fantasy football player rankings will provide you with expert analysis throughout the season that will help you identify league winners.

There are many different forms of fantasy rankings. There are positional rankings where each player at a specific position is against others of the same position. This includes quarterback, running back, wide receiver, tight end, kicker, and defensive rankings. There are also flex rankings which are typically a ranking of RBs, WRs, and TEs. There are also Superflex rankings, which include a full rank of QBs, RBs, WRs, and TEs. Among these rankings, there are different types based on the scoring format. There are standard rankings, half PPR, and full PPR scoring rankings. Be sure to check what kind of league and scoring format your league is operating under.

Half PPR is a fantasy football scoring format where each player is given half of a point for each reception they have. This means that a 10-yard reception results in 1.5 points.

Full PPR is a scoring format where each player is given a full point for each reception they have. This means that a 10-yard reception results in 2 points.

Standard rankings is a scoring format where there are no reception bonuses. This means that a 10-yard reception results in 1 point.

IDP leagues, you roster specific defensive players, such as T.J. Watt or Aaron Donald. IDP Rankings will rate each individual defensive player according to their fantasy value.

What is the most important position in fantasy football?

How accurate are projected points in fantasy football rankings?

It's incredibly difficult to accurately project a player's stats for the NFL season, but that doesn't mean projections are useless. They provide fantasy managers an idea of how many fantasy points each player could potentially score. These projections provide a range of outcomes for each player. You can then look at those projections and identify a floor and a ceiling for each player.

What's the best way to plan my bench spots?

Your bench spots should be used to upgrade your starting lineup. Typically, it makes sense to have one player you feel comfortable with starting at any time. Injuries and bye weeks happen and having one dependable bench player is ideal. The other spots should be aimed at the upside.

What are bye weeks?

Bye weeks are the one week each NFL team has off or does not have a weekly game. During this time, you'll need to find another player to stream, which is to find a player that you can start for the one week your starter has a bye week and is unavailable.

Who is the best player in fantasy football in 2022?

Christian McCaffrey is undeniably the one fantasy football player with the most upside. When he's healthy, there's not a single player that can touch his ceiling.

Should I pick a QB or RB first in my fantasy football draft?

Unless you're playing in a Superflex league, drafting a running back before a quarterback is the better choice the vast majority of the time.

What is the best way to find fantasy football targets?

What does the ideal fantasy football roster look like?