On a short slate like Thanksgiving, it’s usually wise to favor GPPs and avoid or limit cash games. With so few players on the slate, there is more overlap between lineups than on the main slate, which leads to much more variance—exactly what we are trying to avoid when grinding cash games.

For those used to playing full slates, consider these potential adjustments or listen to this DFS MVP theory segment on playing short slates: 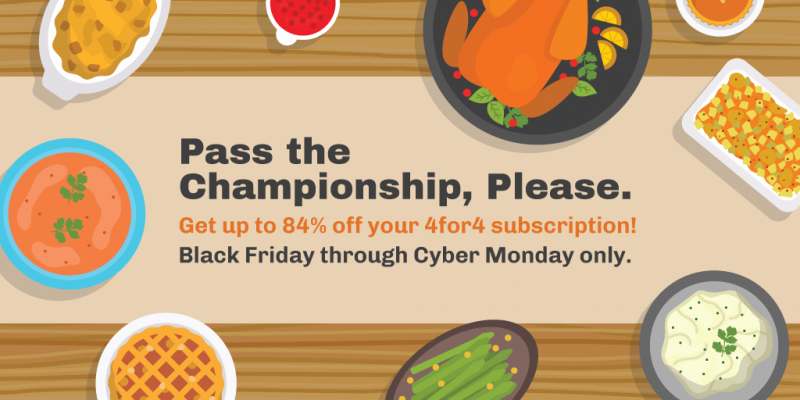