NFL kickoff is still well over a month away but DraftKings has already released salaries for the Week 1 Main Slate. With the calendar not even turned to August yet, there are obviously a ton of unknowns when it comes to depth chart battles and potential injuries so no one should even think about lineup construction or top values just yet but it is fun to glance at the slate and see what stands out. 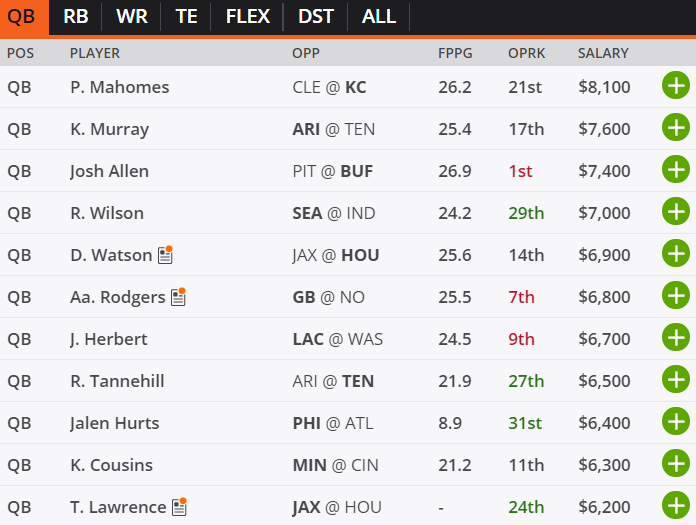 While depth charts are far from finalized, we do already have Week 1 betting lines from DraftKings Sportsbook. Unless there is a major injury, these numbers likely won’t fluctuate much and will drive which games are the most popular to stack in GPPs. With the Chiefs/Browns carrying an over/under of 52, Baker Mayfield ($5,900) is sure to be hyped as a cheap, contrarian quarterback play. Meanwhile, fantasy managers who have been waiting to see Jalen Hurts ($6,400) in action after a fantastic close to last season make the Eagles quarterback an early favorite to be the chalk salary-saving option and might overlook Ryan Tannehill ($6,500) for $100 more in a game where the Titans have the third-highest implied point total on the slate (26.75). 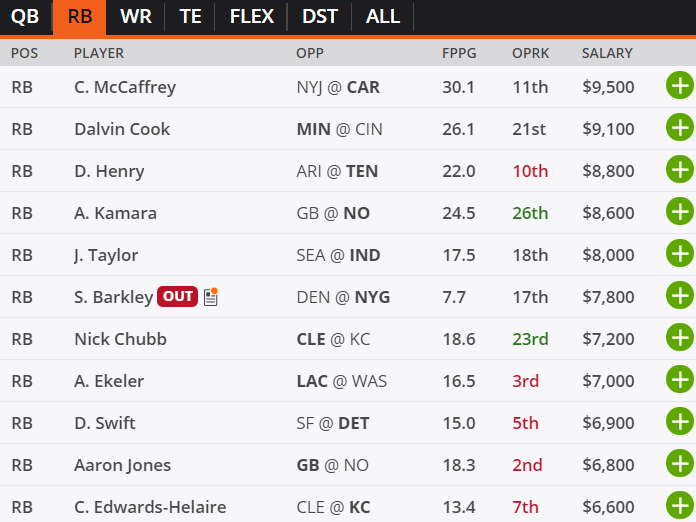 As mentioned in the intro, it’s far too early to even talk about roster construction or where to jam in certain salaries, but peak Christian McCaffrey ($9,500) was consistently priced over $10,000. As crazy as it sounds, this might be his lowest salary all season. The Chiefs passing game will be insanely popular but they are also one of the biggest favorites of the week and Clyde Edwards-Helaire ($6,600) is barely priced as a top-12 player at his position. Travis Etienne ($4,900) and Trey Sermon ($4,500) stand out as sub-5K running backs that could be starting for teams that are favored. 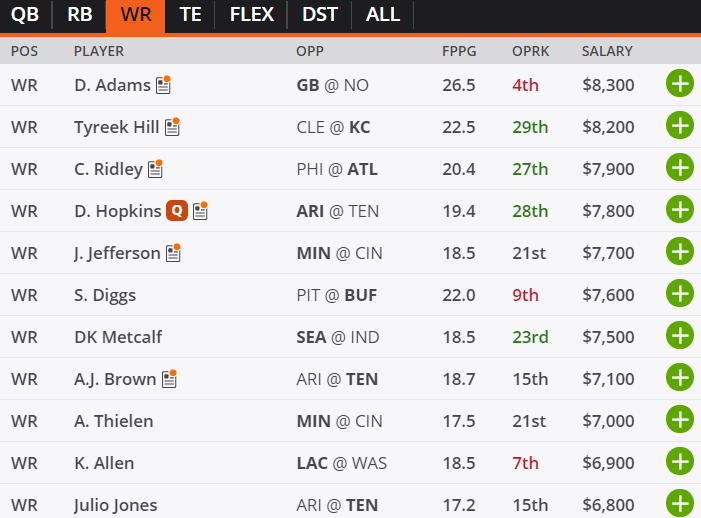 Stefon Diggs ($7,600) has as much upside as any receiver in the league, especially with the Bills expected to score the second-most points (28) in Week 1 but he is priced below five other players at his position. The rest of the Bills wide receivers are all priced below $4,500.

With Michael Thomas expected on the sideline to start the season, there is going to be value in New Orleans in a potential shootout with Green Bay. No other Saints receiver carries a salary above $5,000.

The discount on rookies is glaring. Ja'Marr Chase ($4,800) and DeVonta Smith ($4,500) could be chalk by the time they have a couple of preseason games under their belts but early camp favorites such as Terrace Marshall ($3,000) are worth keeping an eye on, as well.

If the Browns are going to be the leverage play against the Chiefs passing game, Jarvis Landry ($6,000) and Odell Beckham’s ($5,400) salaries will allow for game stacks with any of Kansas City’s high-salary pass-catchers. 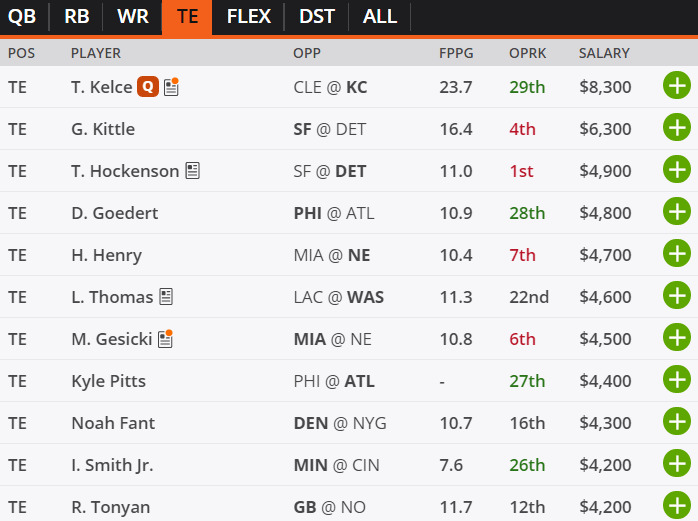 Given the Michael Thomas injury news discussed in the wide receiver section, the assumption is likely going to be that Adam Trautman ($2,900) will be the de facto number two behind Alvin Kamara. With 27 tight ends carrying a higher salary, don’t be surprised to see the industry suggesting a lock button on the Saints’ tight end in cash games.

The Week 1 salary on Kyle Pitts ($4,400) doesn’t quite reflect the hype that fantasy players have given the rookie tight end in the redraft world. Those that are projecting him for a huge role get an early discount in what looks like a potential sneaky game stack. 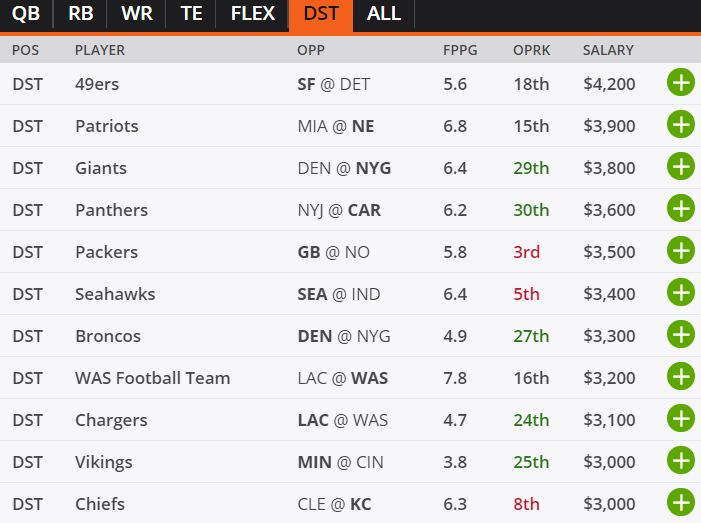 The Bills are 6.5-point home favorites, the second-largest spread on the slate, but are priced as the DEF16. The high over/under might keep DFSers off of the Bills but Pittsburgh is already a pass-heavy team that could be forced into even more throws than usual, setting up potential sack opportunities against Old Man Ben.

Atlanta ($2,000) is a small favorite (-3.5) but is by far the cheapest favorite of the week and Philadelphia has a wide range of outcomes with Jalen Hurts under center, given his small sample of NFL games. The Titans ($2,300) are the only other team that is favored while priced below $2,500.