Every fantasy draft season, the names at the top of ADP lists are those who performed well the previous season. But if the goal in fantasy football is to project forward, why do so many drafters blindly look backwards?

How Often do Top-12 Running Backs and Wide Receivers Repeat?

I was not sure what the data would show. What I found was that it was a mixed bag over the past five fantasy seasons, a time period marked by a much larger emphasis on passing efficiency and broader use of spread offenses in the NFL. However, over the past two seasons, one position stood out in year-to-year consistency. 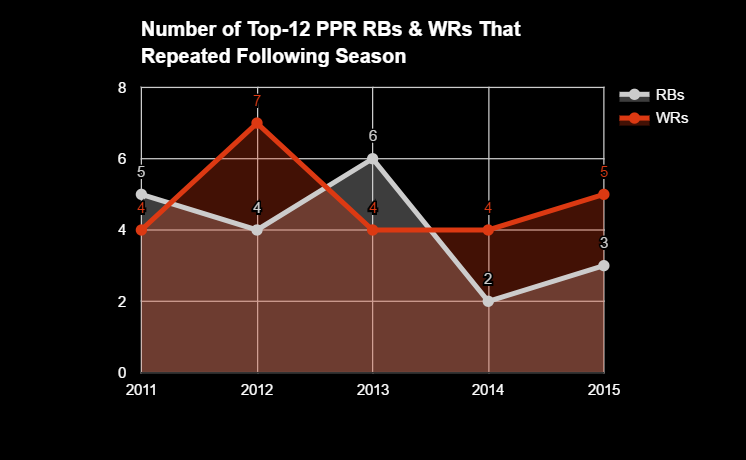 I was not sure exactly what the data would show, but what I found was that it was a mixed bag. Here are some takeaways:

If we break the top-12 PPR scoring leaders down further, into buckets of top 1-6 and top 7-12, what do we find out about their year-to-year consistency? 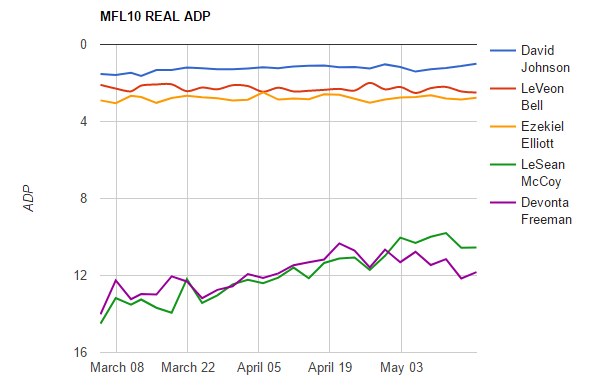