Week 8 in a nutshell: Jimmy Garoppolo scored two rushing touchdowns, and it’s not even the 10th most exciting storyline after Monday night. We got a few insights into how teams view themselves after eight weeks, and some just gave us more questions. Before diving into Week 9, let’s recap the weekend and see what adjustments need to be made to the process moving forward.

Daniel Jones made me sweat a bit. It wasn’t him but his wide receivers that caused a ruckus. Sterling Shepard and Kadarius Toney entered the game with injury concerns, and the team declared Shepard out after halftime. Regardless, the matchup went as expected for Jones, who used the pass-catchers he had along with his legs to come through for fantasy managers. The same was the case for most of the other streaming recommendations.

I overestimated the impact of Jerry Jeudy’s return and how poor Washington’s secondary had been in previous weeks. Once the report surfaced that Jeudy had missed practice to rest, I should have downgraded Bridgewater to a deeper play. He offers no upside as a rusher while still nursing an injured foot, and the game total was relatively weak. I’ll consider this more in the future.

I noted it last week, but Carson Wentz would be a stronger play if not for the turnovers. Even without a stellar supporting cast, he’s thrown two or more touchdowns in five straight weeks. But the turnovers on Sunday were brutal, and his ability to throw a ball in such a way that guarantees a defensive pass interference call has to be a bit by the refs. I’ll take the results but prefer consistent production from the Colts’ passing game before declaring him an every-week streaming option. 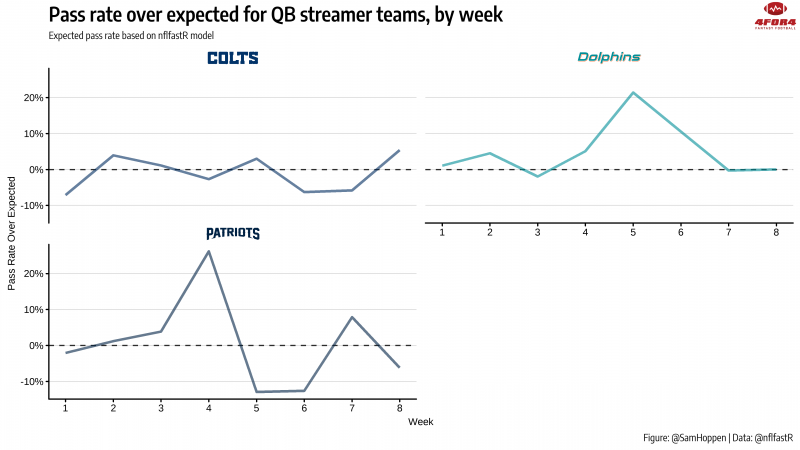 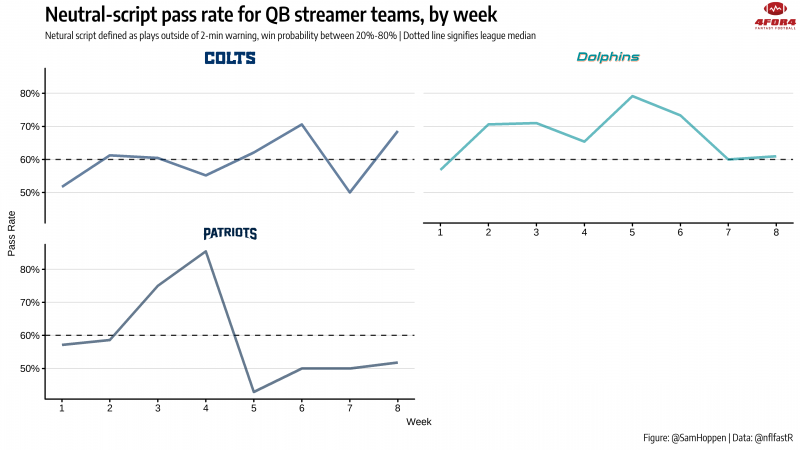