There is a story that we like to tell in football about rookie quarterbacks and their favorite targets. The story goes like this:

"Rookie quarterbacks are generally underdeveloped passers that struggle reading defenses and going through their natural progressions. Out of a fear of getting sacked or throwing the ball to difficult spots, these rookie quarterbacks tend to favor tight ends who are generally big, tall targets that are easy to find near the line of scrimmage."

Intuitively, this makes sense, but are there numbers to back up this theory, or is this another false narrative that has led to flawed fantasy football decisions?

Regardless of coaching, offensive scheme or talent at tight end, if the theory that rookie quarterbacks lean on their tight ends is true, then we should see a general increase in overall team targets to the tight end in Year n compared to Year n-1. 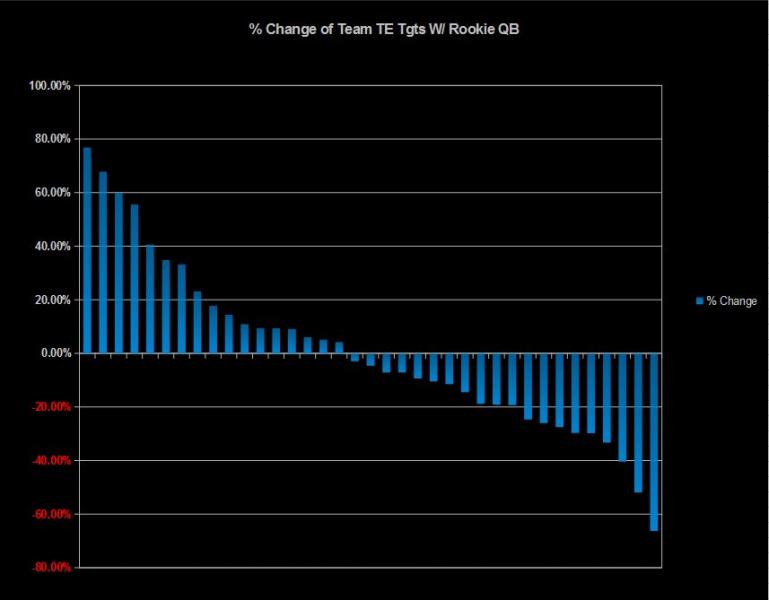 Tight End Volume Compared to the Rest of the League

Although going back to 2001 provides a fair sample size, the group isn't so large that a few coaching changes or changes at the tight end position can't alter the results some. Comparing tight end targets in a quarterback's rookie year to the average tight end volume for the rest of the league will provide analysis that might account for possible changes in league wide trends and might be more actionable for fantasy purposes. 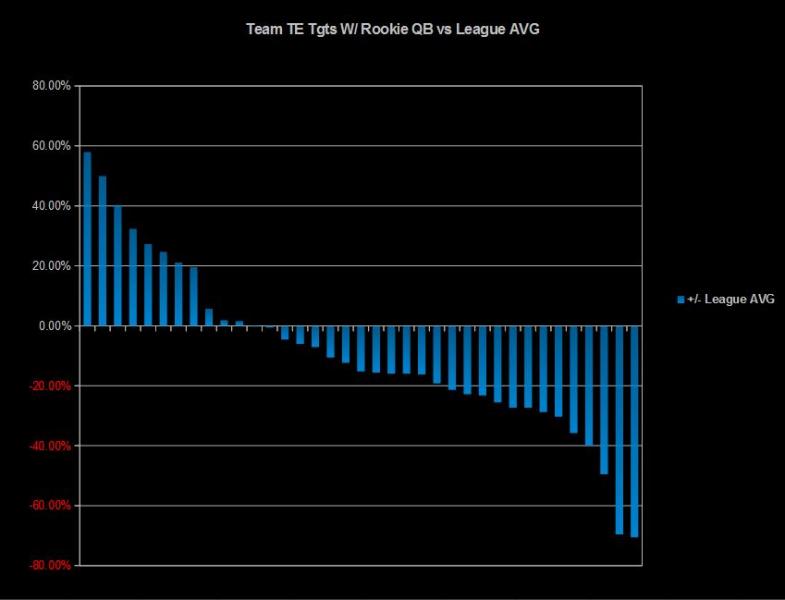 When it comes to how teams might change their scheme with a rookie quarterback or how that quarterback might split up targets, there is no solid evidence that the tight end is going to inherently benefit from a first year quarterback. Receiving market share is going to vary by team based on personnel and coaching staff.

In comparison to the rest of the league, though, tight ends with rookie quarterbacks are generally going to see less volume than the average tight end. This is probably less of a function of teams with rookie quarterbacks avoiding the tight end, and more a result of overall team passing going down when an inexperienced player is under center. In either case, no tight end should get a bump in fantasy value based on the sole fact that they will be catching passes from a rookie.

Studies
What is the Value of a Bench Player in Fantasy Football? Part II