Week 5 is here and we’ve got an early London game on the slate. I’ve got quite a few notes from Week 4 and a key matchup for Week 5 to review, so let’s dive into the recap before checking out the forecast for this weekend.

Two things I wanted to touch on from last week. First is the Sunday night game. The forecast showed a maximum precip rate of 0.03 inches per hour. Nothing drastic, but noteworthy. It clearly ramped up to 0.06-0.07 inches per hour as it was visible from the full-field angle, but still, nothing extreme. I want to point out a few plays that, while partially caused by the weather, there’s not much we can do to plan for them.

There were actually two incomplete passes to Brown on that drive, but I could only find a replay of the one. I vividly remember Collinsworth and Michaels commenting on the combination of the weather and the gravity of the game getting to Brady. I’m not pushing back on the idea since in the slow-motion replay on the live broadcast you could clearly see the rain since it was shot at field level. But, when combined with the other two plays, the trio mostly reinforces the notion that rainfall at those rates increases the chances of chaos.

Tampa Bay is still first in pass rate over expectation (PROE) and New England actually moved up from 16th to 5th. Both quarterbacks had 40 or more attempts. Both teams attacked the other exactly as expected given their defensive weaknesses. From a schematic standpoint, the weather did nothing. But the results (errant passes, dropped touchdowns, and a fumble) say otherwise.

I don’t think I’ve directly stated it, so I wanted to be clear. My minimal concern for games in similar conditions is because I primarily focus on opportunity. It’s generally how I measure weather’s impact on a game. Like if we had seen 40 rushing attempts for both teams instead of pass attempts, then we’d know the rain was a factor. And afterward, we’d know what to do with our fantasy rosters moving forward.

But we’re not putting Antonio Brown on our bench for a dropped touchdown. JJ Taylor was mostly a dart throw anyway. I’ll bring it up more in the future, but lower precip rates shouldn’t alter our plans from a start/sit perspective unless it’s like the SF/WAS game in 2019. Now, onto the second thing. 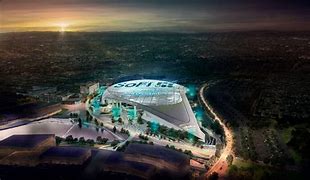 I thought this was a dome! Or, at least a fully-enclosed dome. I was about to record TMAP and saw the weather-delay tweet and, not going to lie, was slightly embarrassed. I feel like I should’ve known this. Either way, one of the Chargers’ beat writers rightly pointed out the concern.

Since people are firing off bits at a truly breathtaking rate: SoFi Stadium has a roof, but the sides are open. (See: yellow circle.) There is lightning in the area, hence the danger. pic.twitter.com/gKNCdkvx8a

My first thought was if the stadium is even partially open on its sides, then it opens the location up to wind games. But, the more I look at it, the less I’m concerned. You can see the roof kind of swoops down and touches the ground at multiple points around the stadium. Even in the shot above, you can see a gradual curvature as the structure gets taller. Not just an abrupt wall like the traditional coliseum-style stadiums we see elsewhere. The general shape they’ve used is actually incorporated into the aerodynamic design and gives air currents a more natural divergent path than a flat wall.

It’s what my intuition tells me, at least. Regardless, the stadium’s been open since last season and I’m yet to hear a peep about the wind so I might be right (even if for the wrong reasons). I’ll look into it more and add it to the list of stadiums to monitor in the future if need be.

BLUF: I’ll be closely monitoring the weather in Kansas City ahead of SNF. It’d likely take a monsoon for any of us to not sit any of the players in the game, but their projected point totals become a lot more volatile with this much rain. The final forecast (e.g., timing and intensity of the storm) will give us a better idea, but the game will look similar to the end of last Sunday night's game.

Quick update: I pull the data Thursday night and this gets published Friday. I double-checked this morning (Friday) and the rate has ticked down to 0.06 in/hr through the second half. I’d equate this to what we saw in New England on Sunday night to end the game and shouldn’t impact playcalling (pass rates, red-zone tendencies, etc.). But the results will vary just like last Sunday with dropped passes, fumbles, and other random events we can’t predict.

Also, I didn’t forget there’s a game in London. The way I have my Python script set up, putting in an international location throws an error I need to debug. It’s one of those things I keep forgetting to do during the offseason and then remember right before I need to scrape for the game. I’m tracking the weather near Tottenham Hotspur Stadium manually through the link below. So far, all clear!

10/9 Update: Light rain is expected during the early parts of the London game. The forecast actually says 0.0 inches per hour so I wouldn't do anything, but I'm adding this in to be thorough.

So, off the top, yes, the precip rate (0.07 inches per hour) is in the visible spectrum. We’ll see it, Collinsworth and Michaels will talk about it, and it’ll add to the drama of what should be a great game. But, as of now, I’m not changing my approach to the game for a couple of reasons.

First, I mentioned in the Week 2 recap about *when* the rain starts can be just as impactful as how much rain actually falls. The Detroit-Green Bay game is a perfect example. Rain wasn’t going to change the Lions’ need to keep throwing to even try and stay competitive. And, of course, Goff’s small hands fumbled the wet ball. So, from an opportunity standpoint, I don’t see the weather forcing Kansas City or Buffalo into a run-heavy approach. That’s a situational aspect we won’t know until it happens. Historical trends give us the same indication.

In rainy conditions, the max reduction for either pass attempts or intended air yards per pass has been 2.0%. I did these studies back in 2019 (obviously need to be updated), but the trends jive with my first point. Teams aren’t going to change their game plan mid-game due to moderate weather. In extreme cases? Sure, but, extreme conditions aren’t expected here.

As a result, I’m not doing anything differently. Skies will be clear throughout the day so the field will be in pristine condition at kickoff. We’ll just have to watch how things shake out during the match. I am expecting a fumble or dropped pass, but the pass rates for both teams should be unaffected.

10/9 Update: Precip rate has increased to 0.09 and 0.13 inches per hour to close out the second half. I'll be honest, there's no game like this in my database for comparison. I lean on my prior that game flow will determine pass rates but, as I discussed before, the chance for dropped passes only increases with either a wet ball or deteriorated field conditions.

The only game with similar rainfall was the SF/WAS game of 2019 where the average intended air yards per pass for both quarterbacks was 7.5 yards. There were only 7 deep attempts in the game. Neither metric comes close to the baselines for either quarterback. I'm comfortable envisioning a second half with a higher concentration in the intermediate areas of the field, but can't advocate for a hard swerve into the running game if the game is still at a neutral position.

As I mentioned in the (lengthy) recap, I’m generally uninterested in precip rates this low. Even the chance for random events like fumbles or dropped passes becomes less frequent. Storms are expected the night before with similar rainfall throughout the night and into the morning. It does bring field conditions into question since FedEx Field does use sod, but the game crew will review all of it prior to the game per league protocol. I’ll update everything tomorrow, but, as of now, no concern.

10/9 Update: Precip rate has dropped to 0.01 inches per hour. Zero concern now. The only thing I care about is Alvin Kamara getting his targets back.