Rookies can be tough to value in best-ball leagues. Teams can’t lie about their opinions of a player during the draft, but so much is still uncertain. Talent, draft capital, and situation tend to be the best weights when evaluating a rookie’s outlook. Their average draft position adds another layer. As their rookie season unfolds, we’ve had studs and duds in each class that turn into league winners or landmines. To help sift through the chaos, I’ll lay out general expectations for rookies, how they’ve fared over the last couple of seasons, and who to target at each position for 2022.

First, let’s step back before getting into historical advance rates or the latest rookie class. We hear so much about how important being a first-round or top-100 pick can be. Draft capital may indicate a team’s plan for a player, but it doesn’t always work out. And it takes time. 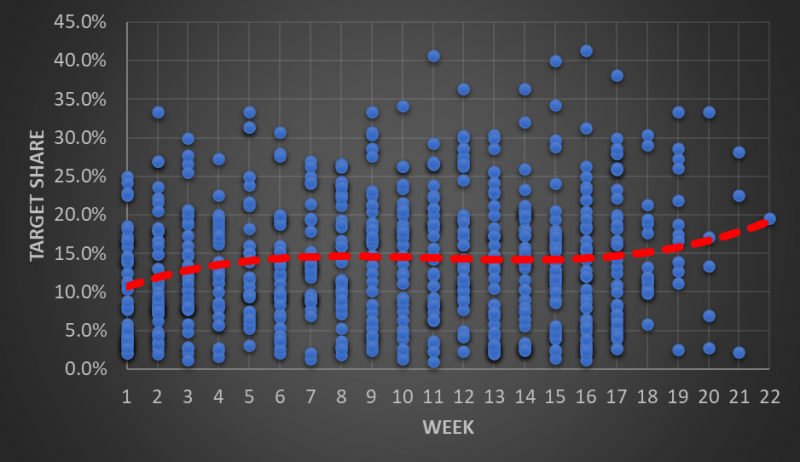 I pulled every wide receiver drafted within the Top 100 of each class since 2017 and calculated their weekly target share for their rookie season. As expected, their involvement picks up as the season progresses. Intuitively, this makes sense. Not every player immediately adjusts to life at the pro level. But, eventually, they ascend. To simplify the chart, I averaged the values for each round. 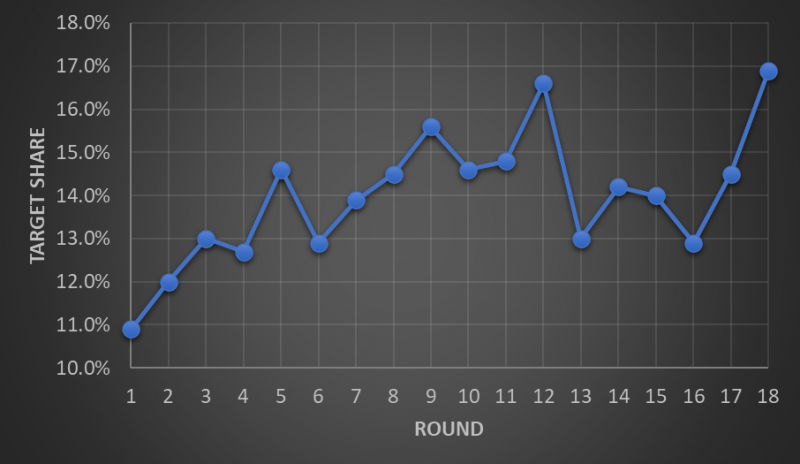 Here, a gradual ascension is more pronounced. And it’s a viable seasonal outlook, but we need points early and often. Only 34.7% of the rookies drafted since 2017 had more than a 15% target share through the first month. However, running back is a bit different. 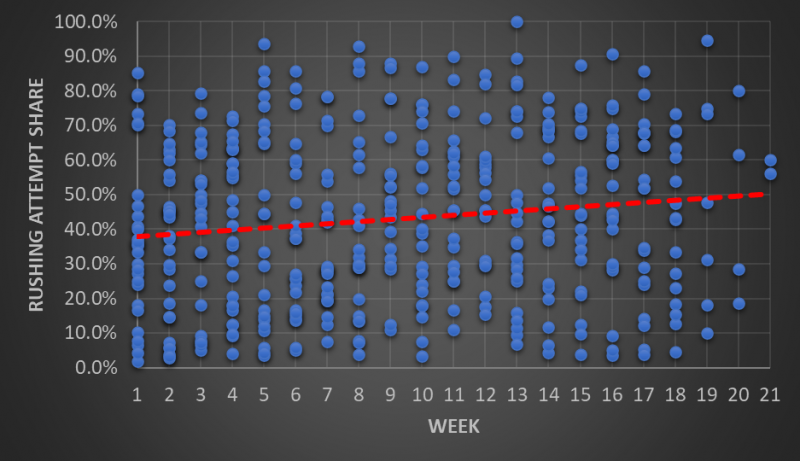 Rushing opportunity is more draft capital or depth-chart dependent. Teams integrate their rookie rushers as soon as possible. Some join a committee (with the workload shifting in season), while others become the bellcow in Week 1. Regardless, the general trend mimics the wide receiver’s chart. Rookie running backs have averaged a 38.8% rushing attempt share during their first month and closed out the final four weeks of the season at 47.1%. And I didn’t even factor in targets.