Floor and Ceiling projections tell you exactly what range of outcomes to expect for every player, every week.

4for4's award-winning projections have been run through a proprietary algorithm created by Chris Raybon that accounts for the volatility of each individual fantasy statistic for each position and 4for4's historical forecast accuracy to give you a better idea of the best- and worst-case scenarios for each player. 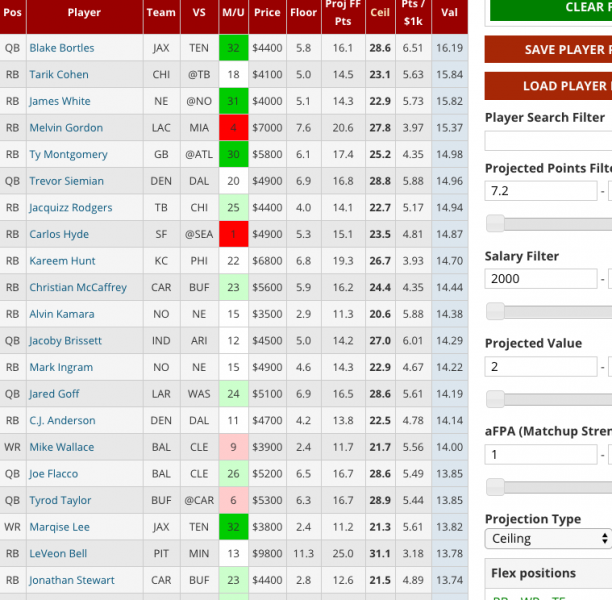 So while most Floor/Ceiling projection models simply add/subtract some percentage of a player's median projection to arrive at this Ceiling/Floor, we ask ourselves, for example, "what has historically been a player's range of outcomes when we've projected him for this amount of catches, yards, TDs, etc.?"