Raybon's Review: What We Learned From Week 16 DFS on FanDuel & DraftKings 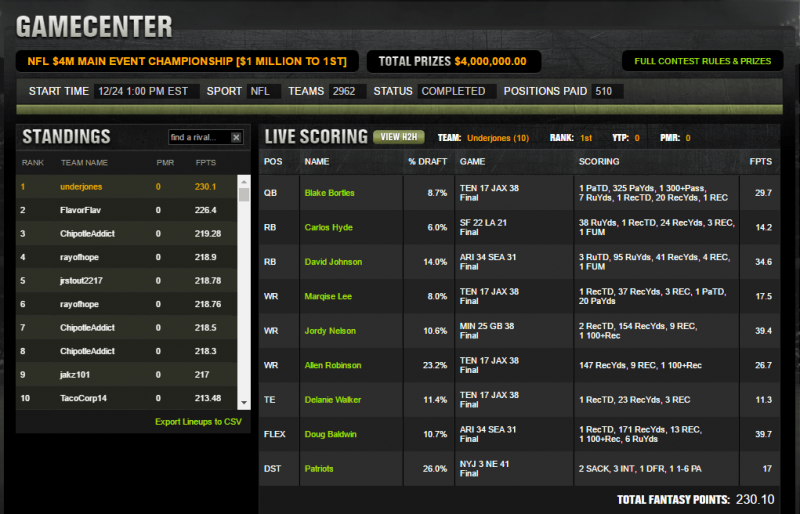 Congrats to Underjones, who took down the grand prize with a sharp stack of Blake Bortles, Allen Robinson, and Marquise Lee. Bortles and Robinson have struggled this season, especially in the five games leading up to Week 16, but a look at 4for4's schedule-adjusted fantasy points allowed (aFPA) revealed their schedule was at least partly to blame. From Weeks 11-15, Bortles faced three defenses ranked in the top six in QB aFPA, and only one outside the top 12. Robinson also faced three defenses ranked in the top six in WR aFPA, and none lower than 13th. As you probably heard in last week's DFS MVP Podcast or saw in our write-ups, the Titans' 32nd-ranked defense in aFPA to both QBs and WRs was ripe for exploitation. Marquise Lee was a nice addition to the stack at roughly one-third of Robinson's ownership. Delanie Walker's inclusion in the lineup took advantage of the positive correlation of opposing passing games that I detailed in The Definitive Guide to Stacking on DraftKings.