Raybon's Review: What We Learned From Week 7 DFS on FanDuel & DraftKings 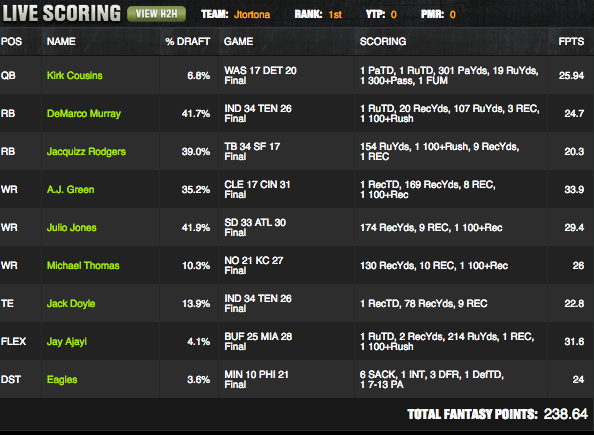 The key for Week 7 Millionaire Maker winner Jtortona was Jay Ajayi at 4.1% ownership. Ajayi crushed it to the tune of 214 rushing yards, firmly entrenching himself as the feature back going forward and thus prompting Arian Foster to call it a career a day later. Ajayi became just the fourth player in NFL history to rush for 200 yards in consecutive games. More on him later.