Underdog Fantasy has run multiple best ball tournaments over the last two seasons. That means there are now multiple years of data to compare and find out which winning trends from 2020 continued in 2021.

Powered by 4for4’s new Underdog Roster Construction Tool, this analysis will show you the skeleton to best ball tournament success in the form of positional allocation guidelines. Knowing how many players to draft at each position is the foundation of being a profitable best ball player and serves as the framework for concepts such as roster construction, positional draft strategies, and stacking considerations.

In both 2020 and 2021, 2-QB builds were the only quarterback allocation to return above-average advance rates. With only 18 roster spots, teams often benefited by maximizing their optionality at the flex position instead of drafting a third quarterback.

The easiest explanation for the success of 2-QB rosters is the recent proliferation of the dual-threat, elite passer. Those quarterbacks have had a clear fantasy advantage over the field in recent years, causing a spike in ADP and allowing drafters who land an elite talent to comfortably settle with just one other player at the position. Quarterback ADP has become extremely reliable in recent years, especially within the top 12, further reinforcing the decision to pair an elite fantasy quarterback with just one other passer.

This isn’t to say that a Puppy drafter should blindly draft two quarterbacks, especially if you miss out on a top player at the position—3-QB builds barely missed the baseline advance rate in 2020 and those teams were in shouting distance last season.

The biggest shift in the field’s draft strategy between 2020 and 2021 came at the running back position. High playoff advance rates of certain 4-RB builds resulted in the field using this strategy more than three times as often in 2021 than in 2020. Unfortunately for many of those teams, advance rates of 4-RB teams plummeted.

There was also some indication in 2020 that a hyper-fragile, or 3-RB allocation, could have some viability but entries that went out on that limb were disappointed with a devastatingly low advance rate in 2021.

While the usage rates of 5-RB and 6-RB builds flipped in 2021, these allocation strategies stand out as the only two to return advance rates above expectation in both tournaments. Although a 7-RB build is typically negative-EV, there are extreme draft strategies where it can be viable. Living on the extremes at running back is dependent on draft flow and personal risk tolerance but extreme strategies can have exponential returns in a top-heavy payout structure where differentiation is often rewarded.

In best ball drafts, wide receiver allocation is often a direct function of running back strategy and vice versa. A general rule of thumb at wide receiver is the more, the merrier. With wide receivers typically offering volatile fantasy results on a weekly basis—especially in half-PPR leagues such as Underdog—building upside through positional volume here is usually the key to successful rosters.

Advance rates have been above average for 7-WR and 8-WR builds in both years and that should be the range for most rosters.

Of all the positions, tight end shows the most year-over-year variability in advance rates. There was a slight advantage for 2-TE builds in 2020 but 3-TE builds were dominant in 2021 with a possible window opening for 4-TE consideration. A lot of tight end allocation strategy is prefaced by how many viable early-round options are available—teams that land a Travis Kelce or Darren Waller can confidently finish a draft with two tight ends while drafters who wait until the end to target the position should likely opt for at least three. Teams that have targeted mid-round tight ends have had fluctuating success with 2-TE and 3-TE allocations. 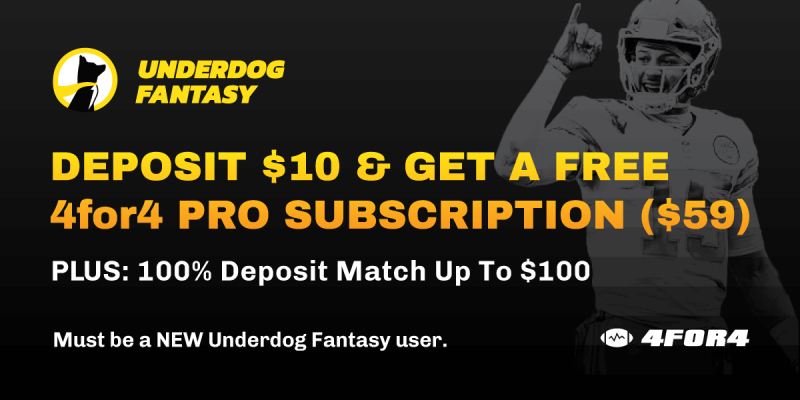 Each position has a tight range of players to draft and staying within the suggested allocation will give drafters an edge over league managers that are unaware of this premise.

Whether a fantasy manager ends up on the low or high end of the allocation range for a given position is largely dependent on draft capital spent there but can also be influenced by strategies such as team stacking.

Drafters should typically be looking to stay in these ranges when drafting their tournament teams: