The foundation for being a winning best ball player is understanding positional allocation and roster construction, topics we have already mastered for Underdog Best Ball Mania tournaments with the help of 4for4’s Roster Construction Tool. Taking these concepts a step further, data from top Best Ball Mania lineups over the last two seasons can help inform fantasy managers when they should be drafting each position, in addition to how many players at each position to draft.

In the third part of this Best Ball Mania draft strategy series, you will learn about some of the most common positional draft strategies including which ones work the best depending on how your draft plays out.

In the positional allocation study, I alluded to the change at the quarterback position in recent years, and how the dominance and predictability of top-12 fantasy quarterbacks was likely driving the gap between 2-QB and 3-QB builds. However, this hasn’t meant blindly snatching up a signal-caller as early as possible—drafting a top three or four quarterback has actually been an underwhelming draft strategy in Best Ball Mania tournaments.

Intuitively, it would make sense that the earlier a fantasy manager drafts their first quarterback, the later they can wait on their second quarterback, but that hasn’t been true either. Over the first two Best Ball Mania tournaments, the only early-round quarterback strategy that has offered an advance rate over expectation was a 2-QB build with the second quarterback drafted before Round 12 (rough QB12–QB14 ADP), and that was only the case in 2021.

Since the difference between players in the QB10–QB14 ADP range may seem negligible, Underdog managers who draft one mid-round quarterback might wait until rounds 10 or 11 to grab their QB2 but managers that have aggressively targeted both of their quarterbacks in Rounds 6–9 have been rewarded handsomely.

It’s been virtually impossible to win a traditional fantasy league without a high-end quarterback in recent years and that has carried over to best ball leagues. Of all quarterback strategies listed in this space, waiting until Round 13 or later to draft a QB1 is the only strategy that has advanced at least two percentage points below expectation in both 2020 and 2021.

Maybe the most polarizing draft strategy in all fantasy football, Zero-RB may also be the most misunderstood and misapplied draft strategy, no matter the format. In traditional leagues, Zero-RB is propped up by the availability of the waiver wire and often works best in full-PPR leagues where pass-catching specialists can close the gap on their high-volume counterparts.

While the Zero-RB strategy showed promise in 2020 Underdog tournaments, advance rates fell off in 2021. In half-PPR formats with no transactions, there’s a chance most drafters are doing a poor job of properly executing the Zero-RB strategy. In both Best Ball Mania tournaments, teams that waited until after the fifth round to draft their first running back but drafted at least seven players at the position, advanced at a rate of at least 2.5 percentage points above the field. Few draft strategies showed that kind of promise in both tournaments.

Although a seven running back build flies in the face of general positional allocation guidelines, it can have its place.

Over the last season or two, Hero-RB (also known as Anchor-RB, Modified Zero-RB, and probably some other name not worth arguing over) has popped up as one of the more intriguing running back strategies around. The premise for Hero-RB mirrors that of Zero-RB but with a “hero”, or a top-end back taken in the first round or two.

In addition to Zero-RB principles, Hero-RB capitalizes on the advantage of avoiding the “running back dead zone” (more on this in the Running Back Advance Rates article coming soon). Despite Hero-RB’s overwhelming success in 2021, though, very few iterations of this draft strategy have shown consistent results across both Best Ball Mania tournaments.

Marrying the concepts of Hero-RB with the ambition of Robust-RB, Superhero-RB uses the first two draft picks on running backs and then avoids the running back dead zone in Rounds 3–6. Teams that utilized this strategy with 4–6 running backs advanced beyond the first round at a rate more than two percentage points above the field in both seasons. Less than 5% of the field adopted this running back strategy in either tournament, which leaves a ton of opportunity for drafters in the know.

Just avoiding the running back dead zone is only scratching the surface, though. This strategy is supercharged when it’s fully committed to. Teams that drafted two backs with their first two picks and waited until the double-digit rounds to draft their RB3 were rewarded with astonishing win rates—those that used a 5-RB allocation advanced past the first round at a rate of at least 6.4 percentage points above average in both seasons with that number nearly doubling in 2021. Along with two quarterbacks in Rounds 6–9, Superhero-RB has been the most promising positional strategy in Best Ball Mania’s short history.

A Note on Balanced Builds

In best ball drafts, wide receiver allocation is often a direct function of running back strategy and vice versa which is why we only address running back builds here. Oftentimes, teams won’t fit into the definitions outlined above, instead falling into some balanced mix of running backs and wide receivers through the front half of a draft.

With so many combinations of balanced builds, coming up with strict parameters for the definition of a balanced roster is nearly impossible for research purposes. The Roster Construction Tool does offer some subtle hints that balanced builds on their own offer little to no advantage over the field. In both 2020 and 2021, teams with at least three running backs and three wide receivers through eight rounds advanced at slightly below average rates for virtually every positional allocation.

Unlike at quarterback, where there are 6–8 players that have a legitimate shot at the overall fantasy No. 1 spot every season, the last few tight end seasons have been dominated by three or four players with a massive gap between them and the field. Because of this, advance rates can plummet for early-round strategies if one of the elite tight ends doesn’t dominate or one fails to meet expectations.

Outside of Best Ball Mania parameters, there are enough years of traditional fantasy data to show that the top-tier tight ends typically out-pace the field by a significant margin. Tournament data shows that fantasy managers who land an early-round tight end should opt for a 2-TE build with the second tight end coming late in the draft.

In Best Ball Mania’s two-year sample, there isn’t a tight end strategy that shows a clear advantage over the field across both tournaments. The only strategy that returned an above-average advance rate in both tournaments has been a 3-TE build with one mid-round player and two in the late rounds. With tight end being such a crap-shoot after the top two or three options, that strategy makes intuitive sense as it commits only moderate draft capital to the first tight end on the roster but increases the likelihood of hitting at the position with two more cheap options.

Waiting until the late rounds to address tight end has been inconsistent over the last two seasons with abysmal results in 2020 and dominant advance rates in 2021. Digging deep in the Roster Construction Tool, however, reveals a fringe positional strategy that may be going overlooked by the masses, namely a 4-TE late-round strategy.

Although used sparingly both seasons, it is the only tight end draft strategy listed here that has returned advance rates at least one percentage point above expectation in both tournaments. This may be a strategy worth exploring when stuck with the tight end scraps late in a draft that will lead to one of the more unique constructions in the tournament.

Bringing It All Together

As discussed in the first two articles in this series, every draft is unique and strategies should be fluid based on draft slot and draft flow. Whether you find yourself in a Zero-RB situation or stuck at tight end, the data laid out here can help you best execute each strategy in concert with the positional allocation and roster construction guidelines already in place.

With that said, there are two draft strategies that stand out above the rest—two quarterbacks drafted in Rounds 6–9 and a Superhero-RB approach. This #VeryNice Superhero-RB build has been as close to bulletproof over the last two Best Ball Mania tournaments as any draft strategy you will hear about this offseason.

Combining these two strategies in the Roster Construction Tool shows extraordinary advance rates over expectation that will give any Underdog manager their best chance at being successful in 2022 tournaments. 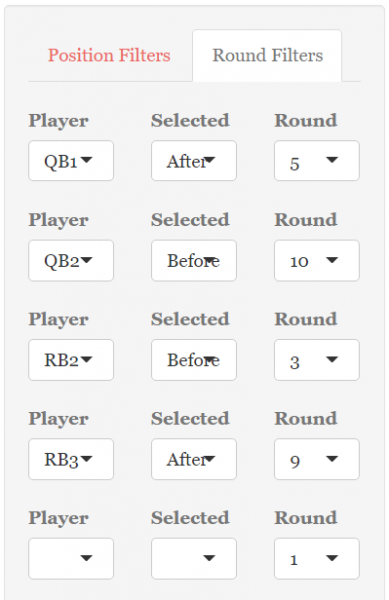