UPDATE: On March 21, the Buccaneers traded for tight end Rob Gronkowski. While this move puts Brady firmly in the top-12, Gronk's presence limits the upside of Godwin and Evans. With limited offseason workouts, quarterbacks may be even more prone to leaning on familiar targets than we have seen in the past. In terms of Gronkowski's fantasy outlook, his production was already waning before his short-lived retirement and he has never had the level of competition for targets that he will in 2020. Because the tight end position is so thin, Gronk should be drafted as a low-end TE1 but he does not warrant significant capital in fantasy drafts. Godwin and Evans are fringe WR1s. 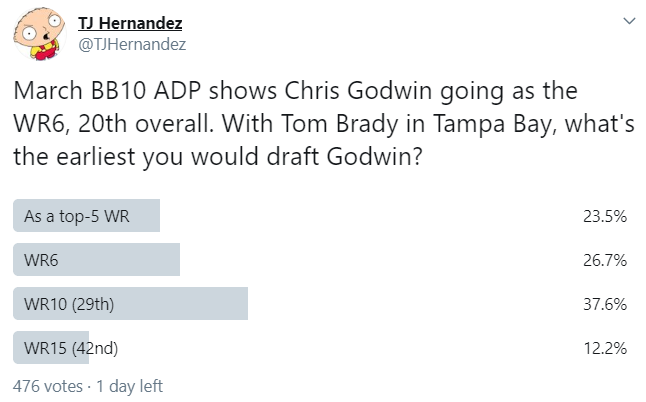 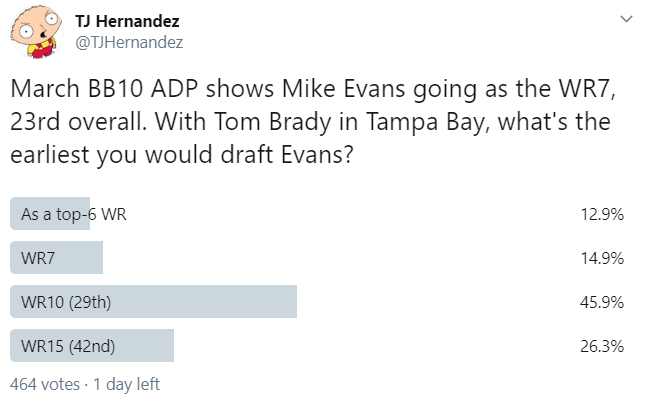